The narrow wheels of her old bike crackled over an empty chip bag before Eve realized how foolish she’d been. She’d been so anxious to get to the flashing light that she’d assumed she was the only one to see it.  But without streetlamps or car headlights or the glow of neighbors’ windows, the dark was almost complete.  The strobing light Eve was chasing must have been like a beacon for miles and miles.  She wondered how many people had left immediately, the very first night, to find it.

So far, Eve had been lucky. She’d taken the bike against her better judgement.  She didn’t like the idea of having something that others might want, but anxiety for Jared and Cassidy won out. It was agony to leave them in the first place and it would take her only half as long with the bicycle as on foot. She’d seen no one and during daylight, on the comfortable well-worn roads of her own town, it was hard to remember that she should be cautious.

But the woods were closing in on the road in front of Eve and shadows were clustering around the edge and pressing in as the sun rolled behind the trees. The dull shine of a bullet casing caught her eye as she passed and a chilly cramp hit her stomach. She was still alone on the road, but she scanned the treeline for movement.  The trash on the road became heavier, plastic bottles bounced over the tar in a light breeze and soiled diapers tossed to the side were thickly covered with buzzing flies.  It was almost dusk when her bike tire hit something small and loose and sent her tumbling to the side.  She picked a few pebbles out of her scraped hand and checked the knee that had taken the brunt of the fall and then her tire. She and the bike were alright. She peered at the patch of road for what she’d run over. It glinted and she picked it up. A lone double A battery. Was it just someone trying to find a working device? Or was it someone who actually had one and was discarding the used up battery? Eve put it in her pocket, not even sure why she was doing it.  A sort of talisman maybe, a little act of faith that everything would go back to normal.

Her knee ached too much to get back onto the bike, so she walked beside it for a while.  The ride had left her drained and she wanted to rest, thinking that she soon wouldn’t be able to see anyhow, at least until the moon rose.  But thinking of her family made her keep bargaining with herself. Just over the crest of the next hill, just down to the curve, just a couple of more steps.  Her sneakers flashed a dull grey against the tar and that’s all she focused on.  So she almost tripped over the body in the road.  She froze when she saw it, just a lump, an outline of its back.  She couldn’t see much, just a darker dark, but from the way it lay as she circled it and the slight odor that was beginning to climb from it, she knew that the person was dead.

Eve didn’t waste time looking for others.  She forced her exhausted body back onto the bike and sped away, her adrenaline giving her a burst of energy.  She managed not to hit anything, and after a few minutes, she slowed again, unable to see the road at all.  She knew if she took a serious tumble and hit her head, there’d be nobody to help her and she’d be the corpse melting into the tar.  She needed to reorient herself anyway. She’d sit until the flash again and then sleep.  She decided to risk a small light  so she could find a clean patch of grass.  She reached into her pack for a glo-stick.  It made a satisfying crunch as she bent it and relief washed over her as the chemicals brightened. It wasn’t much, just a little globe of green around her, but any light was better than wondering what was creeping up on her unseen.

She rolled the bike down into the ditch and then slid it into the culvert where it wouldn’t be seen.  She climbed up the far bank and sat, leaning on her pack. She faced the woods where she thought the flash would be and pulled out a bottle of water and a protein bar.  Her breathing slowed and the pulsing ache in her leg muscles died to a dull pinch.  Her eyelids fluttered and she shifted so she’d stay awake.

She didn’t know how long she’d been dozing for when she heard the voices.  She sat up and adrenaline crunched her into a tight ball. She closed her hand around the glo-stick.  The light leaked out of her fingers. She stuck it back in the pack and zipped it, but panicked when the world was still a misty turquoise around her.  The voices got louder and she began to hear the shuffle of feet.  Eve slid down the bank into the ditch and crept along it into the culvert.  It took another second or two to realize it wasn’t her glo-stick lighting up the dark.  She leaned a few inches out of the culvert, pressing her back against the side of the ditch and looked up.  An emerald aurora snaked across the edge of the treeline and Eve’s heart sank.  Friar’s Lantern they’d codenamed it at the institute. It meant whatever had happened was happening again. It meant that the flash she’d been following, the help she’d been chasing for Cassie, might be gone.
Posted by Tony Bertauski at 5:41 PM
Email ThisBlogThis!Share to TwitterShare to FacebookShare to Pinterest 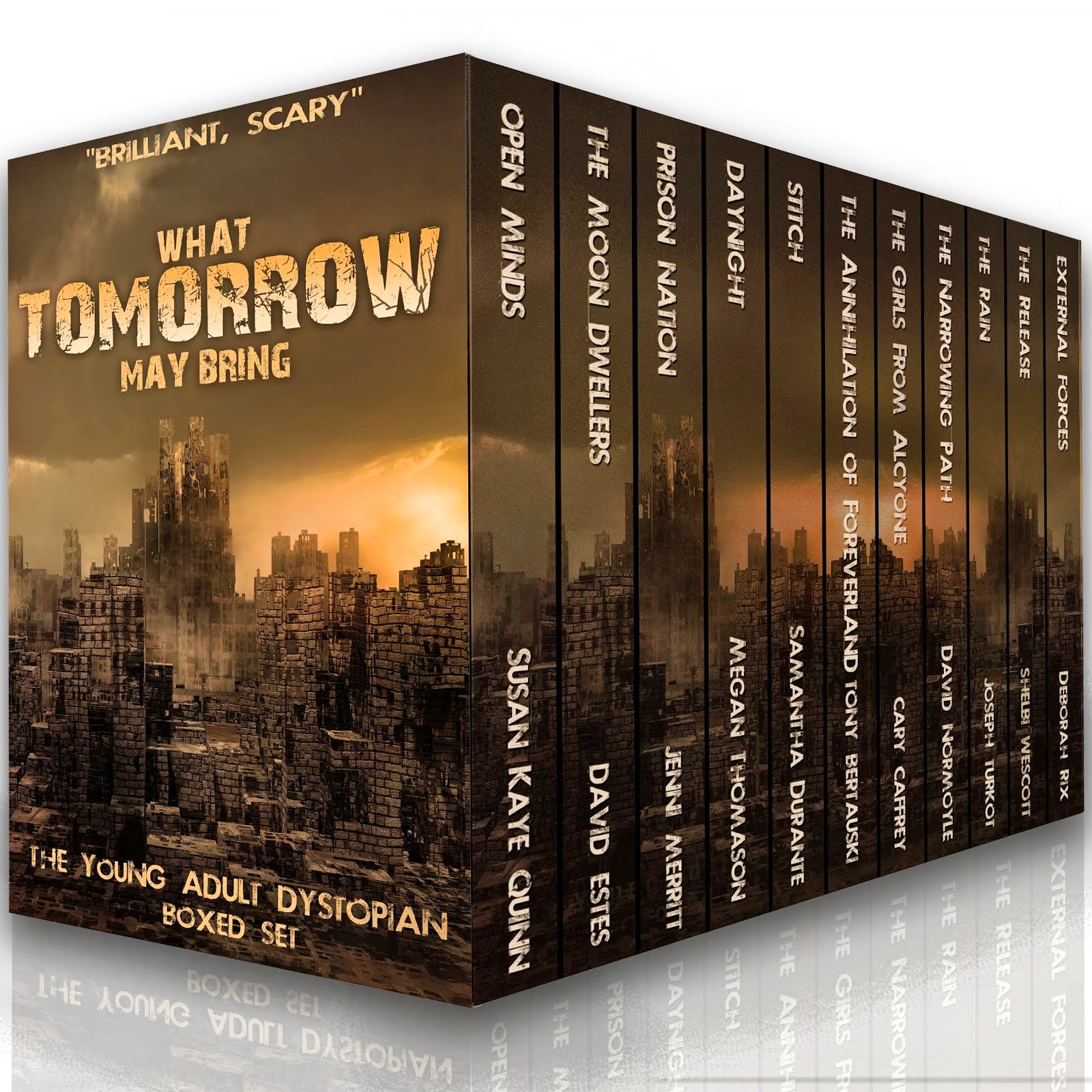 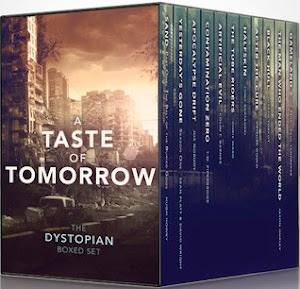 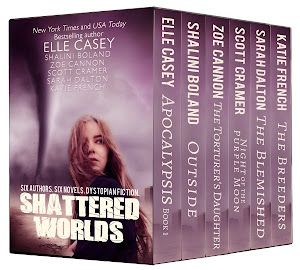